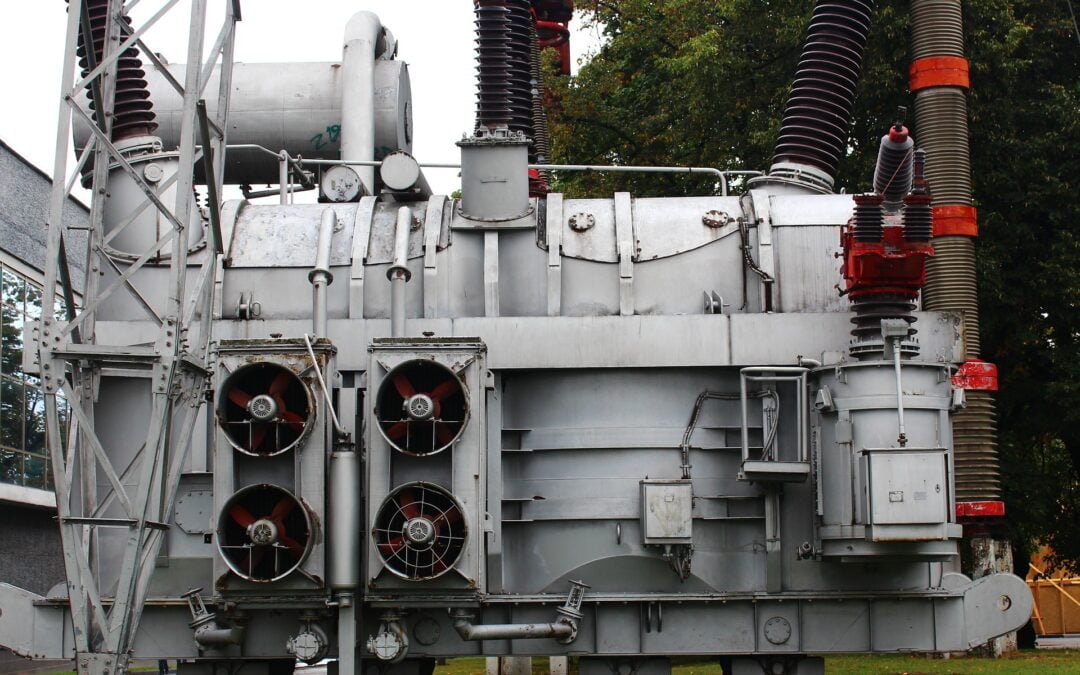 A utility experiences recurring faults in 100 MVA, 100/110 kV generator step-Up (GSU) transformer manufactured in the year 1980. The transformer often experiences recurring gas evolution, particularly hydrogen, ethylene, and acetylene. The utility recognizes it as a high-risk asset based on the traditional asset management protocols. As a standard response, the utility implements frequent oil treatments and subsequent dissolved gas analysis. However, neither of these steps could determine the actual reliability of this asset, identify the urgency and plan technical intervention.

The GSU transformer started behaving unusually since 2016 when hydrogen, ethylene, and acetylene reached alarming levels. Oil sample was collected manually, which explains the absence of an alarm when the incident occurred. The asset manager followed standard protocol of oil degassing and treatment before putting the asset back in to service. No visible damage was reported.

Typically, dissolved gas analysis trends play a crucial role in various asset management plans. It gives partial insight of potential fault modes and their location without additional remarks on the technical urgency. With the unexpected rise in combustible gases, the utility was pressed on response time to save the asset from abrupt failure. Furthermore, with adequate information the utility can do a better job in downtime planning. Therefore, Seetalabs offered to highlight asset reliability and provide an actionable plan through key condition monitoring data using Ronin AI.

The condition monitoring data was uploaded in to the Ronin AI Dashboard to obtain a numerical score called transformer health index to determine the likelihood and potential time of failure of assets. It will allow the asset managers to rank their transformers, particularly in large fleets, on the basis of reliability and prioritize maintenance actions.

As anomalies were first reported in the latter half of 2016, a complete and updated data set from 2016 till 2021 was issued to us. This data set contains periodic dissolved gas analysis and most of oil quality parameters. Only interfacial tension (IFT) was never reported. Based on this data an instantaneous health index and corresponding trend was obtained for the given asset. 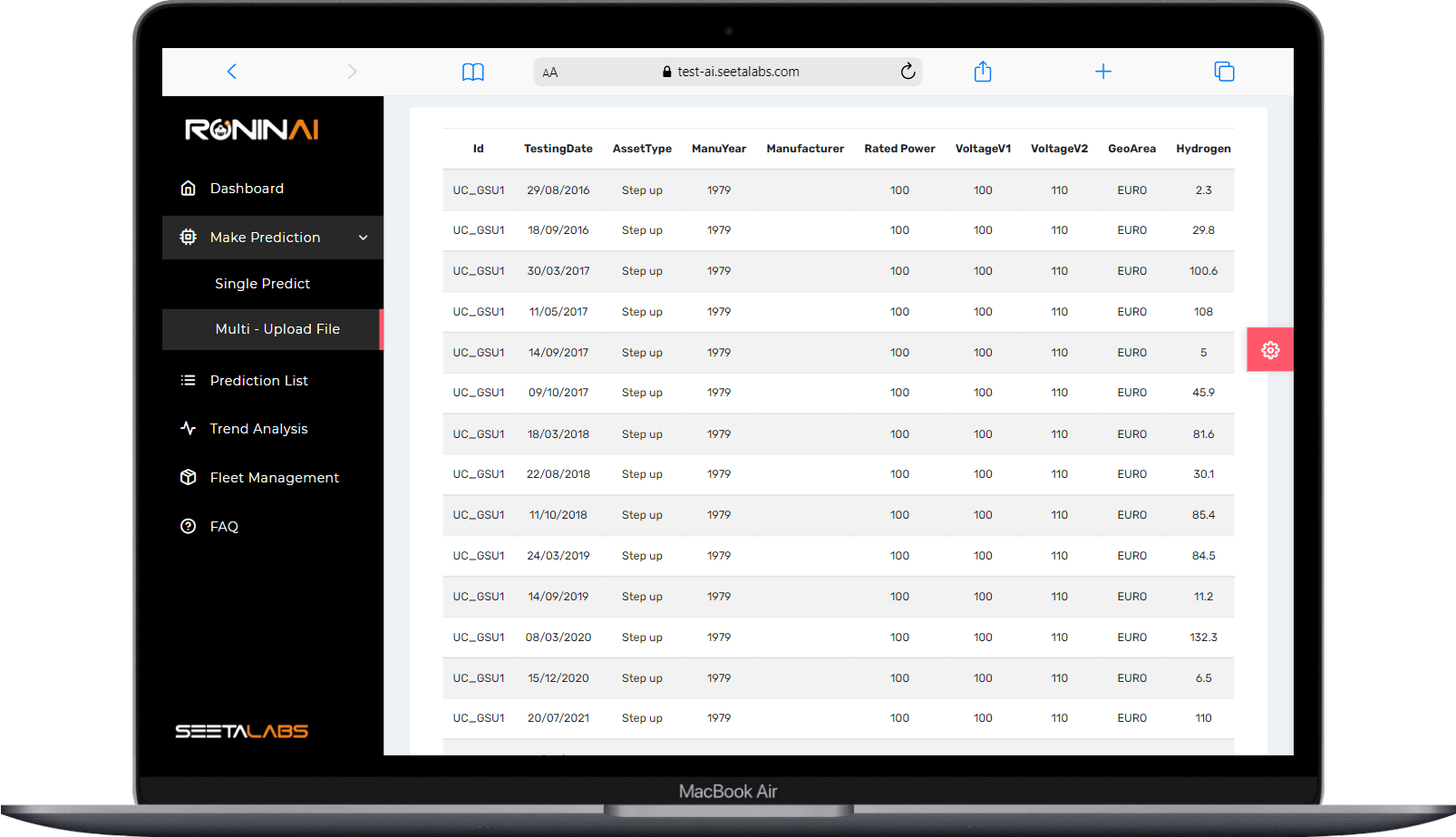 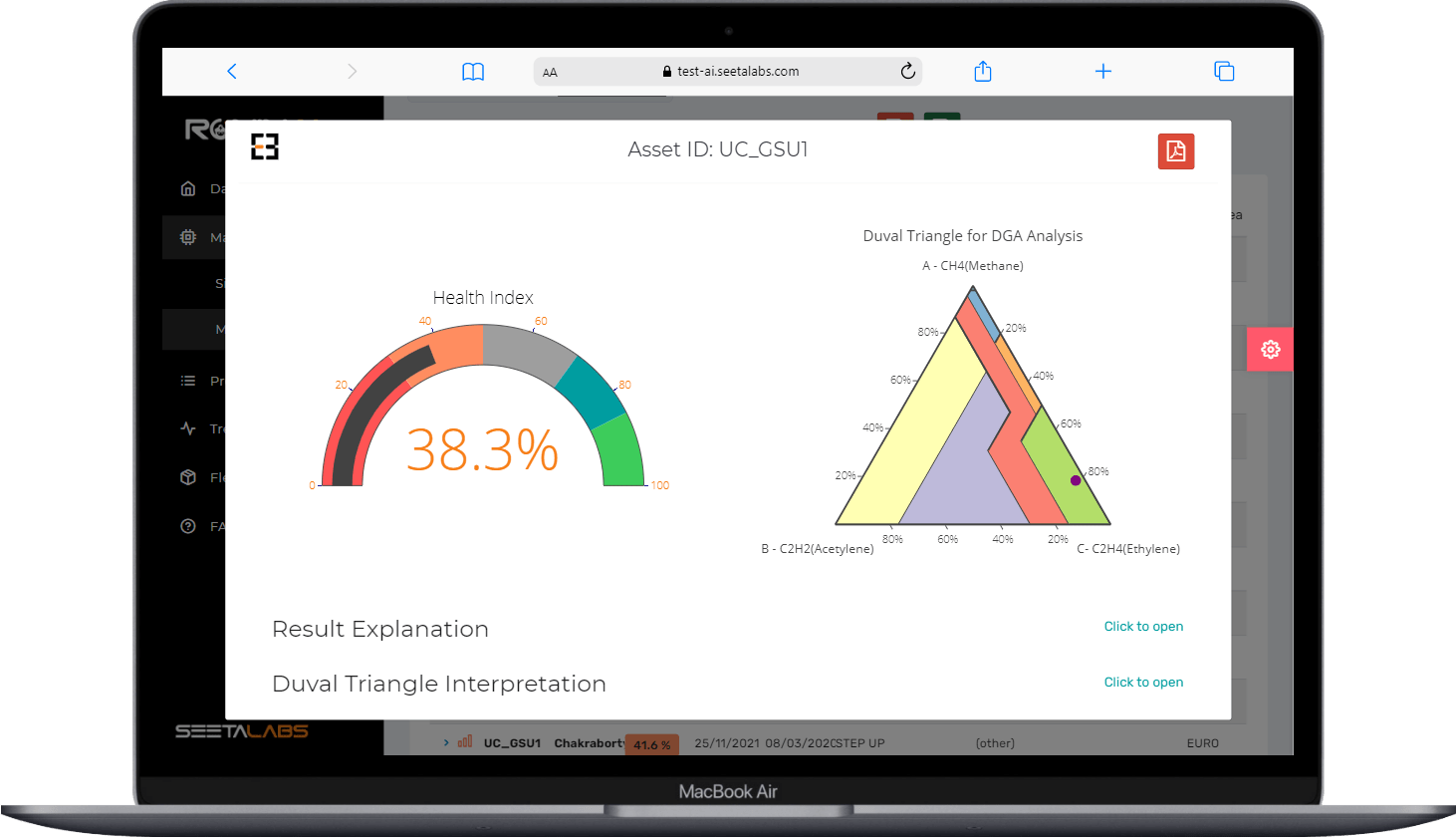 Despite standard maintenance actions, the health index reported at the beginning of 2017 dropped further to about 50%. By 2019, the health status was dangerously low (about 38%) with no clear insights on the overall reliability of this asset. 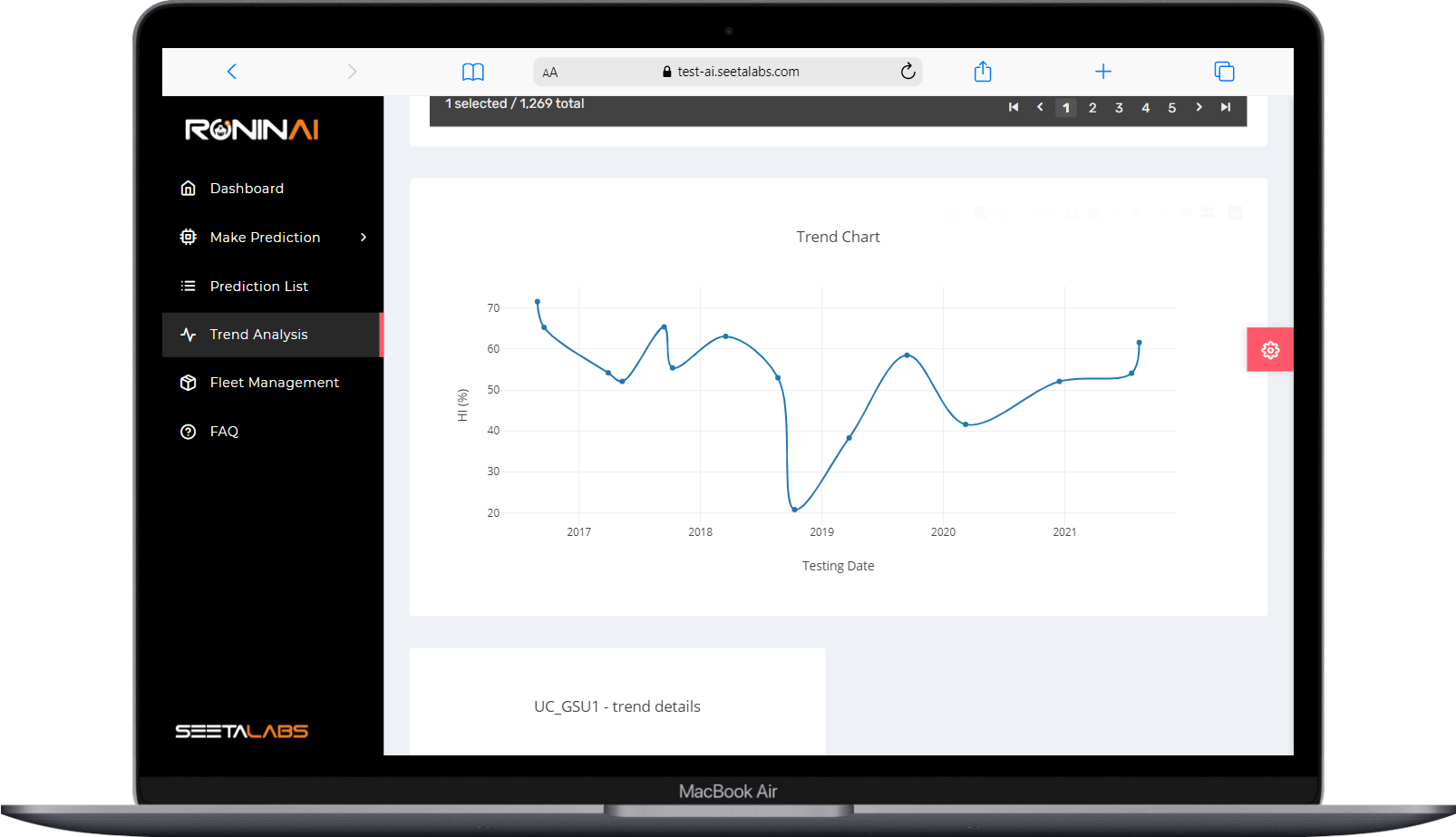 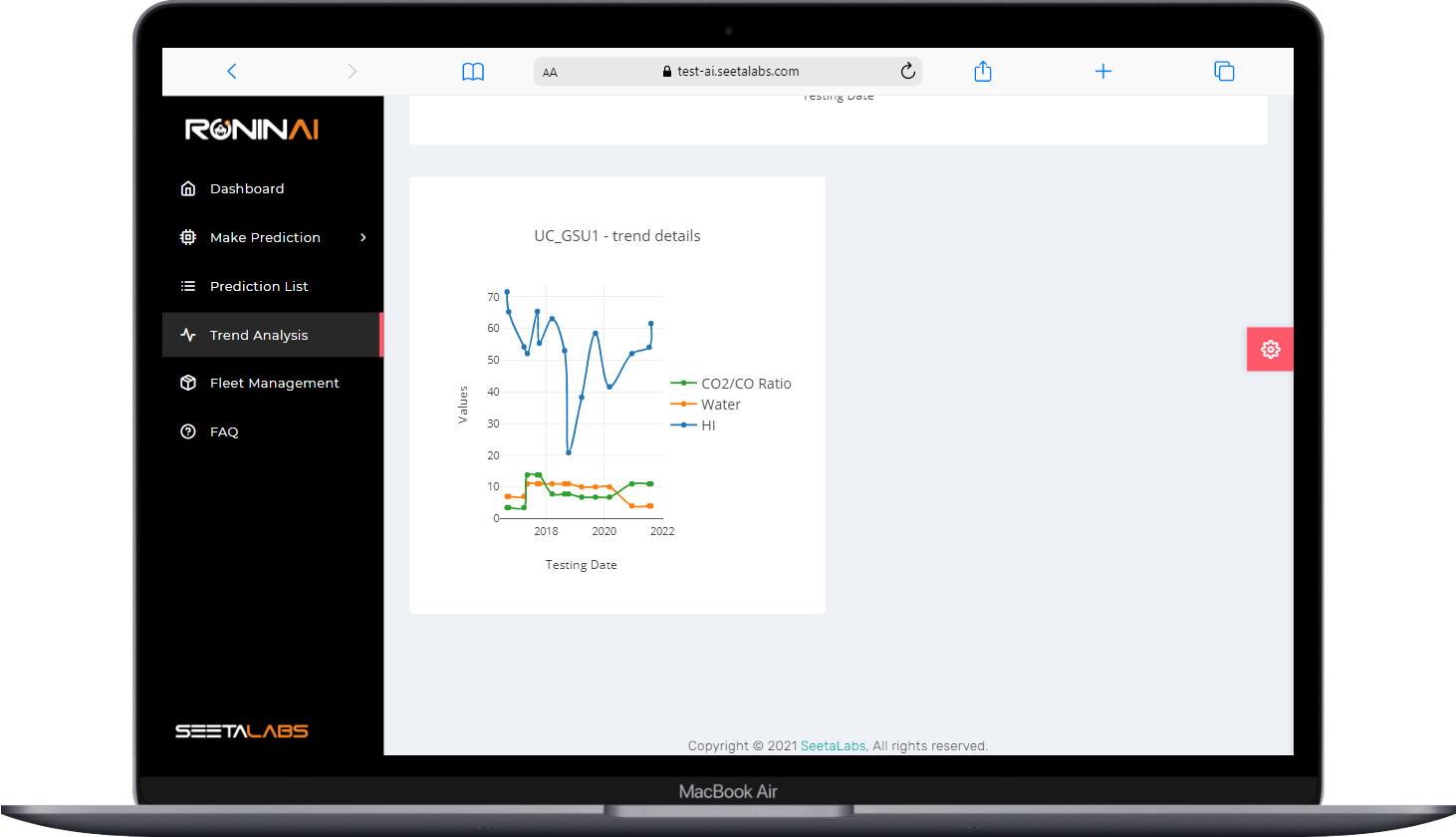 The condition monitoring data particularly CO2/CO gas ratio, 2-FAL and water were higher than the acceptable limits every time the health index dropped.

The succeeding oil treatments without any major maintenance of the asset did not improve the health of asset as it dropped from fair to poor condition by 2019. By definition, this would mean that insulation is degrading rapidly due to internal heat accumulation and requires intervention. It also indicates that oil treatment as a primary response is insufficient.

This means that a decrease in reliability and increased risk is because of inevitable ageing. The internal faults have not been repaired correctly and the operational credibility of the asset will continue to decline if thorough investigation is not performed. Based on the latest data, the transformer has a health index score of 61.6% within a fair range. However, it should be thoroughly investigated within six months to avoid replacement and abrupt failure of the asset.